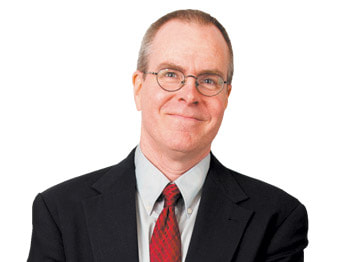 A Hoosier (not necessarily an attorney) who has made noteworthy contributions to consumer protection. Previous recipients are those who fight to ensure that all Hoosiers enjoy the same quality of life and who advocates for the working men and women of Indiana and obtain justice for those who cannot represent themselves.

It is an honor to submit this nomination of Professor Fran Quigley for the Indiana Trial Lawyers Association’s Consumer Advocate of the Year Award in recognition of Professor Quigley’s tireless work on healthcare policy, and specifically his advocacy regarding the cost of, and access to, healthcare and prescription medications.
In addition to teaching at the Indiana University Robert H. McKinney School of Law’s Health and Human Rights Clinic, Fran has written extensively on human rights and healthcare as demonstrated in the list of his publications, which includes books, academic articles, and other publications. Fran also serves as editor of Faith in Healthcare, which has a national presence through email subscriptions and social media. Other publications often jointly publish Faith in Healthcare articles including Sojourners, the Harvard Health and Human Rights Journal, and Common Dreams, multiplying the impact of the organization.
In May 2020, Fran appeared in a television segment on Full Frontal with Samantha Bee about the U.S. pharmaceutical system. Quigley described how public funds spent to develop treatments gets funneled into the pockets of for-profit drug companies, which mostly choose not to produce the most lifesaving treatments but the most lucrative. He noted that coronavirus is not the worst thing infecting U.S. healthcare. [See the six minute video segment, featuring economist Robert Reich, historians Doris Kearns Goodwin and Nicole Hannah-Jones, along with Professor Quigley, at: https://youtu.be/PIiqu_c-XhU.]
In May 2020, Fran also presented Healthcare as a Moral Imperative: A Faith and Human Rights Perspective, which was hosted by Justice Revival and Faith in Healthcare.
Faith in Healthcare1 notes that all major religious traditions embrace a core responsibility to care for the sick. The Faith in Healthcare publication lifts up inspiring examples of faith community action, with issues featuring Christian, Jewish, and Muslim advocates telling their stories and affirming their shared commitment to healthcare for all. At the same time, Faith in Healthcare highlights opportunities to make an historic impact on issues like prescription drug pricing and universal healthcare.
Fran’s views are informed not by some radical position, but through his faith. And, whether anyone agrees with his views, Fran’s scholarship on the topic can open up the conversations we need about healthcare and how we finance healthcare in the richest country in the world for all consumers.
1 https://faithinhealthcare.org/
Father Greg Boyle, the Los Angeles-based Jesuit priest who started a successful gang- intervention program in the 1980’s, teaches us that:
“(T)he measure of our compassion is not in our service to those on the margins, but only in our willingness to see ourselves in kinship with them.”
Fran recognizes that kinship, and fosters it through his work for a better world, which Father Boyle instructs us that:
“(O)nly the soul that ventilates the world with tenderness has any chance of changing the world.”