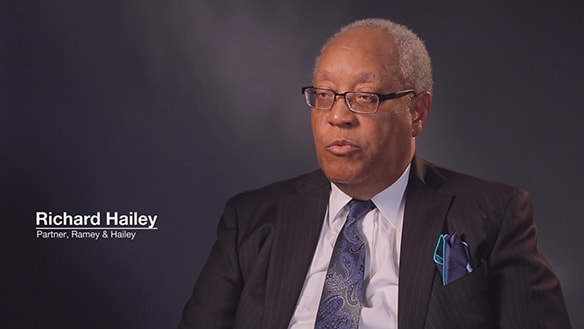 ​​An individual or organization whose efforts, courage, litigation or innovative work result in the creation of a more just society.

ITLA’s Hoosier Freedom Award is given to an individual or organization whose efforts, courage, litigation or innovative work result in the creation of a more just society.

Richard D. Hailey (“Rich”) has practiced law for more than 35 years. Rich is among the most respected trial attorneys not only in Indiana, but in the nation.  He  is a former president of the American Association for Justice, formerly the Association of Trial Lawyers of America, one of the country’s largest association of attorneys committed to ensuring anyone can obtain justice in America’s courtrooms.

Rich has obtained numerous million dollar verdicts and settlements.  He’s litigated personal injury and medical malpractice cases for his entire career.  He’s been involved in litigation not only in Indiana, but across the U.S. and around the world.  For example, Rich was a part of the litigation team that represented hundreds of families of 9/11 victims who opted out of the 9/11 Victim Compensation Fund.  He and his fellow lawyers have spent nearly 20 years litigating against all those responsible for the largest terrorist attack on American soil.  They recently had success recovering funds for these families from state sponsors of terrorism, and I am sure they will not stop until they collect every penny owed to their clients.

Rich’s dedication to equal access to justice extends far beyond the courthouse steps.  He has been invited to give presentations on legal issues to law schools and professional organizations throughout the United States. His legal expertise and skill as a trial lawyer have earned him invitations to appear on such national media outlets as 60 Minutes and National Public Radio.  He regularly testifies in front of state and federal hearings regarding the merits of various proposed legislation. Rich is actively involved with several international trial lawyer associations, including the Australian Trial Lawyers. In 2000, Rich traveled to South Africa to assist in the initial formation of the South African Trial Lawyers Association, which was the first organized bar in South Africa after it approved its new constitution under President Mandela. His local community involvement includes serving on the board of numerous non-profit organizations, including the Board of Trustees at Butler University.